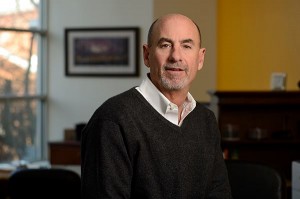 TEDCO today announced that its Board of Directors has appointed George Davis as chief executive officer effective June 26.

“After a thorough search, the Board of Directors is excited to have George Davis take the helm of TEDCO as our new CEO. George brings to TEDCO a wealth of demonstrated leadership skills, diverse C-Level experience acumen and a history of successful investment and operational engagements within the Maryland Innovation Ecosystem,” said TEDCO Chairman Newt Fowler. “He’s an entrepreneur’s entrepreneur. And he will execute on Governor Hogan’s strong priority of supporting small businesses, including tech startups, as the foundation for improving Maryland’s economy.”

TEDCO has been carrying the “innovation to market” banner for almost two decades and has added tremendous value to the evolving entrepreneurial ecosystem. Recognized as one of the most active seed/early-stage investors in the nation, TEDCO has a portfolio of more than 400 seed investments. TEDCO’s $22 million awarded to startups led to more than $1 billion in follow-on funding; 4,358 jobs created at an average salary of $74,700; and more than $36 million in annual government revenues attributed to TEDCO activities.

George Davis has a long track record of innovation and business success, which include partner of GM3/Gamma 3 LLC, a Baltimore-based investment initiative that provides early-stage funding to advanced technology companies; CEO of Gemstone Biotherapeutics LLC, a Baltimore-based research and development company founded in conjunction with Johns Hopkins University; director of Perthera Inc, a new venture that is at the forefront of the evolving bio-informatics industry; board of directors/CEO of Avatech Solutions/Rand Worldwide Inc, a publicly traded CAD software and engineering support company; president and vice chairman of Aether Systems, a pioneering wireless data company; and contracts, operations and program manager at Westinghouse Electric Corporation.

“This is the ideal time for TEDCO to bring George in as the CEO.  They’ve selected an incredible leader at a point in time when TEDCO is at an inflection point,” said Evergreen Advisor’s CEO Rick Kohr. “George is a great match — he will be able to leverage the rich history of TEDCO with his extensive and successful experience as a serial entrepreneur, C-level executive, and knowledgeable investor.  We have worked extensively with George in recent years and are very excited about the addition of George.”

Each year, TEDCO funds, supports and advises more than 100 Maryland startup companies and entrepreneurs. As technology and the very nature of doing business changes, TEDCO continues to evolve. TEDCO has come a long way since its inception in 1998, and its funding opportunities and educational and networking events allow it to support more entrepreneurs and startup companies than ever before. TEDCO prides itself on the partnerships it has developed over the years, which are critical to its success.

“I am honored and excited to join TEDCO as the new CEO. Building strong relationships with all of the innovation ecosystem constituencies, such as the Maryland Department of Commerce, and leveraging the unprecedented footprint and pedigree of the state’s academic research facilities, locally-based tech and life science industries, strong industry associations, robust business incubators, vast mentoring resources, and venture capital assets is paramount to our success,” said George Davis. “I look forward to working closely with TEDCO’s Board, its President John Wasilisin, and the entire TEDCO team as we take this most valuable organization into its third decade of operation with a clear core mission towards making Maryland’s Innovation Ecosystem something all Marylander’s can be proud of.